So I keep trying to figure out what kind of reading assignment I can give myself that will have a larger use going forward, and I realized that there are quite a few units, especially in the second half of the semester, that don't have notes! So that's perfect: instead of taking notes here, I will be adding notes on the pages of the UnTextbook. I started with the Native American Hero Tales from Stith Thompson's anthology; those come from different tribal traditions, so it seemed really useful to have notes there. I learned a lot!

So, for the Week 10 extra reading, I did notes on the Reading A part, and I'll do Reading B for Week 11 extra so that it will be complete!

The Jealous Uncle
This story was originally published in the Journal of American Folklore in 1908; you can see the complete collection of Tales from Kodiak Island online at Hathi Trust. The author explains: "These tales were obtained at Unga Island, Alaska. They were told in the Russian language by Mrs. Reed, Nicoli Medvednikoff, Corneil Panamaroff, all natives of the island of Kodiak. [...] The Natives of Kodiak speak Russian almost as freely as they do their mother-tongue. They call themselves Aleuts."

The Jealous Uncle (cont.)
Do you remember the three objects the hero took with him? They were: a piece of a knife, some eagle-down, and a sour cranberry. He used the sour cranberry to break out of the log. Now you will see what he does with the eagle-down and with the knife!

The Jealous Uncle (end)
In many Native American cultures, "four" is the special number for storytelling. The uncle is going to make four (unsuccessful) attempts on the boy's life and you will then see how the number four comes into play in the conclusion of the story when the boy returns, transformed. It's a very dramatic conclusion to the story, involving eagles. For more on eagles in Alaska, here is a YouTube video showing the bald eagles of Kodiak Island.

Bluejay and His Companions (cont.)
Bluejay managed to win the contest with Squirrel, but they still do not have any way to get back home. In his next contest, Bluejay will face Hair-seal, which is a type of seal that has hair instead of fur. They are also known as "true seals" or "earless seals," and you can find out more at Wikipedia. For this contest, Bluejay will resort to trickery, and along with his companions, he will use tricks in the other contests that they face on their journey home.

Dug-From-Ground
This is a story of the Hupa people of northwestern California; you can find out more about the Hupa at Wikipedia.
You will see references in this story to the rock known as obsidian; it is volcanic glass, produced when lava cools. Black is the most common color of obsidian, but there are more rare forms which are blue, yellow, or red. You can find out more at Wikipedia.

Dug-From-Ground (cont.)
You will also see reference to a game called "shinny" which is a game like lacrosse. You can learn more about shinny here: Native Games.

The Attack on the Giant Elk and the Great Eagle
This tale from the Jicarilla Apache comes from a different source than the source I used for the Apache unit here in the UnTextbook; that unit is from the Jicarilla Apache Texts edited by Pliny Earle Goddard, while this particular story comes from the Journal of American Folk-Lore (1898) which you can read online at Hathi Trust. Here is what the author says about his source: "The following myths were related by Laforia, a very old woman, whose grandson Gunsi translated." In this first part of the story, the hero Jonayaíyin battles the elk; in the next part of the story, he will battle the eagle.

The Attack on the Giant Elk and the Great Eagle (cont.)
As you will see, Jonayaíyin uses what he took from the elk as he does battle this time against the eagle: he is wrapped in the elkskin and he also has elk's blood with him, along with the elk's antlers.
As the story reaches its conclusion, you will also learn just why the bat has wings without feathers! 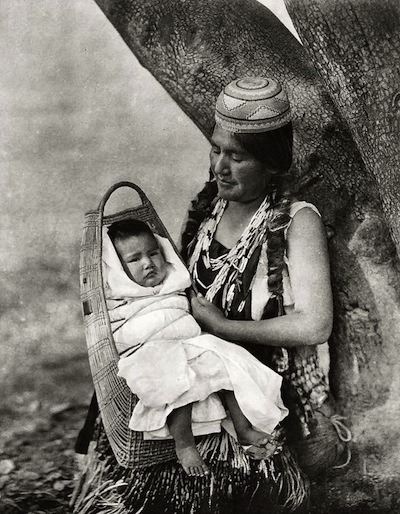