So, this book by Larned is kind of a mess in terms of sources, but I thought it would be useful to try to see what kind of Native American notes and resources I could find and, especially because of Hiawatha, I was able to find some materials that do help trace back the often tenuous thread that ties these stories to Native American traditions. The most useful resource I found was this great chart at Native-Languages.org: Native American Words in Longfellow's Hiawatha.

Here are the notes I took:

Iagoo, the Story-TellerYou can find out more about Iagoo in Schoolcraft, Longfellow, Hiawatha by Chase S. Osborn and Stellanova Osborn at Hathi Trust. He also appears in Longfellow's Hiawatha.


Shin-ge-bis Fools the North WindYou can read more about the Ojibwa character "Shingebiss" at Wikipedia. You can also find out more in the book Hiawatha: with its original Indian legends by Chase S. Osborn and Stelllanova Osborn which is online at Hathi Trust. The north wind, Kabibonokka, also appears in Longfellow's Hiawatha.
In the Ojibway language, the word zhingibis means "grebe," and the grebe is indeed famous for diving down under the water, as you can see in this photograph of a diving grebe: 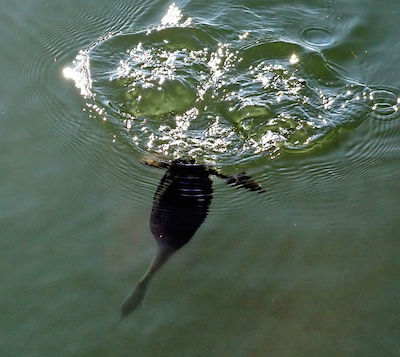 In the version of the story published by Schoolcraft (which is ultimately the source for this story), the north wind decides that Shingebiss must be some kind of "monedo" (manitou), a spirit being; you can read more about manitous at Wikipedia.


The Little Boy and Girl in the CloudsThis story is an "aetiological" story, an explanation of the origin of a natural phenomenon. In this case, it is a story about the mountains and were they come from.
There are a lot of animal characters in this story, and you may be surprised by the very tiny one who is the hero of the story: a measuring worm, also known as an inchworm, the larvae of the geometer moth. You can read more at Wikipedia. Here's a picture of an inchworm: 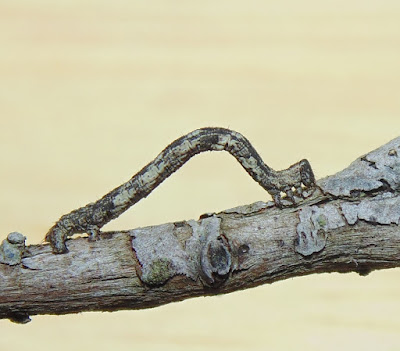 The great rock formation referred to in this story, Tu-tok-a-nu-la, is in Yosemite Valley, where it is also known as "El Capitan." You can read more at Wikipedia, and there is another version of this same legend in the California unit for this class. 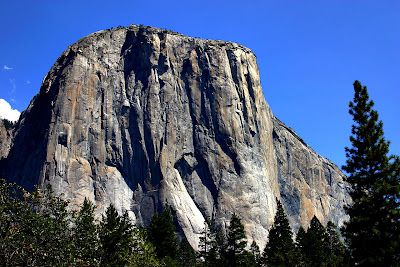 The Child of the Evening Star
In this story you will see a reference to wampum, or shell beads. You can find out more at Wikipedia. This is another one of the stories that you can find in Longfellow's Hiawatha, but the names of the characters here are not recognizably Native American names (for a useful listing of Native American names in Hiawatha, see this page at Native-Languages.org).
For a less literary Native American story in which the Sun descends from the sky, disguises himself, and takes a human wife, see the Okanago story Dirty Boy.
You can find out more about the wabeno, a type of shaman among the Ojibway, here: The sacred formulas of the Cherokeesby James Mooney. You can also read about wabenos in this book: Reminiscences by Chief White Wolf of the Chippewas, which is online at Hathi Trust.
In this concluding section of the story, you will learn about the Pukwudgies, impish little characters who form part of the Wampanoag tradition. You can read more about the Pukwudgies and about the Wampanoag people at Wikipedia. You can also find more information at Native-Languages.org.
Posted by Laura Gibbs at 12:56 AM