Wikipedia Trail: From Giuseppe Pitre to the United States of Europe

I wrote a story this week based on an Italian folktale collected by Giuseppe Pitre, so I thought I would do a Wikipedia Trail about him. I even splurged and finally bought the Kindle edition of The Collected Sicilian Folk and Fairy Tales of Giuseppe Pitré. It was almost $50... but it's over 1000 pages of stories and notes, including notes from Jack Zipes, whom I admire so much. I am really excited about exploring this book over the winter break. Anyway, here is my Wikipedia Trail:

Giuseppe Pitre. He was born in 1841 and died in 1916. I didn't realize that he was also a medical doctor in addition to being a folklorist. He became an honorary member of the American Folklore Society in 1890. Thomas Crane was very much involved in AFS in those early years, so I imagine he probably was the driving force behind that. Here is a photograph, undated: 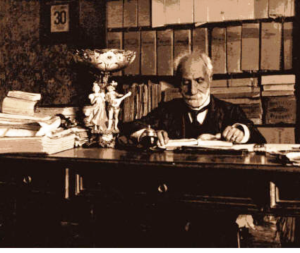 Petri served as a volunteer in Garibaldi's forces, so that is where I clicked next.

Giuseppe Garibaldi. He was instrumental in the unification of Italy, and he was also a staunch foe of the papacy and the church. Later in life, he was affiliated with the Extreme Left party, so I went there next.

Estrema Sinistra Storica. This party was formed in 1877 to advocate for the separation of church and state and for European Union. It brought together Radicals, Republicans, and Socialists. The article used the term "United States of Europe" so I clicked on that (thinking about Brexit!).

United States of Europe. This was a phrase that Napoleon Bonaparte had already used in the 19th century, as had Giuseppe Mazzini, and also Victor Hugo. This was my favorite part of the article, about Victor Hugo's symbolic tree: "Hugo planted a tree in the grounds of his residence on the Island of Guernsey and was noted in saying that when this tree matured the United States of Europe would have come into being. This tree to this day is still growing in the gardens of Maison de Hauteville, St. Peter Port, Guernsey, Victor Hugo's residence during his exile from France." I found a picture of it at this website: Maisons Victor Hugo. 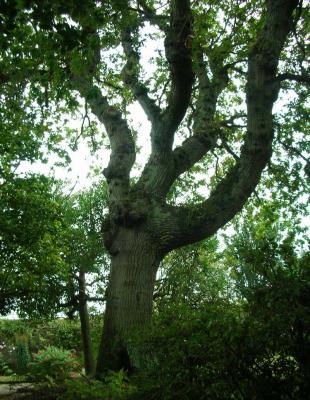