This is kind of a story and kind of a story lab I guess (since it's based on reading I did outside of class); it's something I wrote today for an anthology of "parables about education" that a friend of mine online is organizing. I thought it would be a good story to share here too because it features a trickster tortoise from Africa! If you read the stories from the Congo, Nigeria or South Africa, you saw the trickster tortoise there, and he also shows up in the Brer Rabbit stories. Plus, you might have seen other examples of greedy tricksters like in the Anansi stories from West Africa and from Jamaica. I've written two trickster turtle stories here at my blog too: Brer Rabbit and Brer Turtle Run a Race and Brer Rabbit Finds Brer Wolf Under a Rock (with Turtle coming to the rescue!).

As a new turtle contribution, I'm copying here the story I retold about a greedy trickster turtle and his mother. I wrote the story as a criticism of number-crunching in education; I don't think you can use numbers like test scores and grades to measure what people are learning, and I am really worried about what "big data" is doing to education now, surveilling students and teachers in the LMS to collect all the numbers, not just test scores and grades (more about that here if you are curious: Data-Mongering). So, this is a story about how misleading numbers can be, especially when you take them out of context. I am curious what you think!


Be Careful How You Count:
A Tortoise Tale from Cameroon

Tortoise was hungry. He was always hungry. 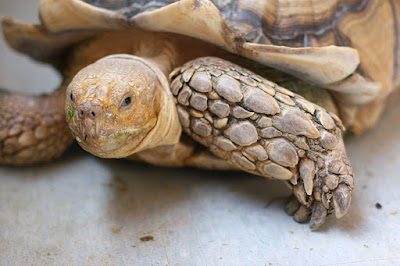 One day Tortoise went and fetched home seven baskets of greens. "Cook the greens, Mother!" said Tortoise. "And hurry up please! I am hungry. I am VERY hungry." 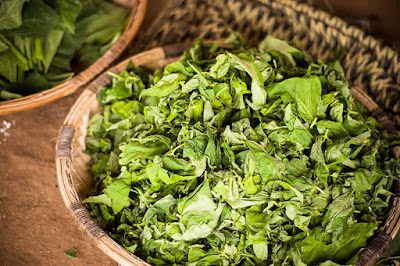 Mother Tortoise hustled and bustled and soon she brought the cooked greens out from the kitchen. There were now three baskets of greens, and she put them on the table where Tortoise was waiting.

Tortoise shouted, "Where are the rest of them?" Tortoise then pounded his fist on the table. "I brought home seven baskets of greens. And I told you I was hungry! Bring me the other greens. NOW!"

"What other greens are you talking about, silly boy?" said Mother Tortoise.

Tortoise knew that his mother must have eaten the other four baskets of greens, and that made him angry. They argued back and forth and back and forth until Tortoise finally got so angry that he picked up a stone, hit her on the head, and killed her. 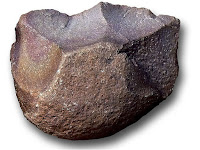 Tortoise then ate the three baskets of greens, and he was still hungry afterwards. "At least she won't be stealing my food any more," he thought to himself.

There were three baskets of greens.

So Tortoise began to yell at the pot. "You greedy pot!" he shouted. "How dare you eat my greens?"

But then Tortoise thought some more, and he understood what had happened: the cooked greens took up less space than the raw greens.

Tortoise had killed his mother for nothing.

This made Tortoise feel so bad that he picked up the same stone, hit himself on the head, and died.

The moral of the story: Not all baskets are the same. Be careful how you count.

This story is my retelling of a folktale from Cameroon as found in this book: Tortoise the Trickster and Other Folktales from Cameroon by Loreto Todd, published in 1979.

I added the part about Tortoise getting angry at the pot; the rest of the story is the same as the version in Todd's book, retold in my own words. Here is the moral of the story in the book: "That is why Tortoise died, because he had forgotten that a mother cannot steal from her own child." For my moral, I wanted to make the connection to the dangers of number-crunching in education, especially when people take the data out of context.

About Cameroon: Cameroon is located on the west coast of central Africa; it is sometimes classified as a central African nation, and sometimes as west Africa. You can learn more at Wikipedia.

About Tricksters. The name "trickster" emphasizes intelligence, but tricksters are also notable for being greedy, selfish, and cruel, as you can see in this story.

About Tortoise: There are stories about tortoise the trickster in many African cultures, and enslaved African storytellers brought those stories with them to the United States, the Caribbean, and Central and South America. If you would like to read some African American stories about the trickster turtle, you can find a selection here: African American turtle stories.

About Loreto Todd: Loreto Todd (born in 1942) is a linguist specializing in English pidgins and creoles. You can read more about her work here: Loreto Todd. She collected the stories told in Cameroonian Pidgin English, and then presented them in standard English in this book. It is a wonderful collection of folktales; highly recommended! It's out of print, but there are used copies at ABE and at Amazon. 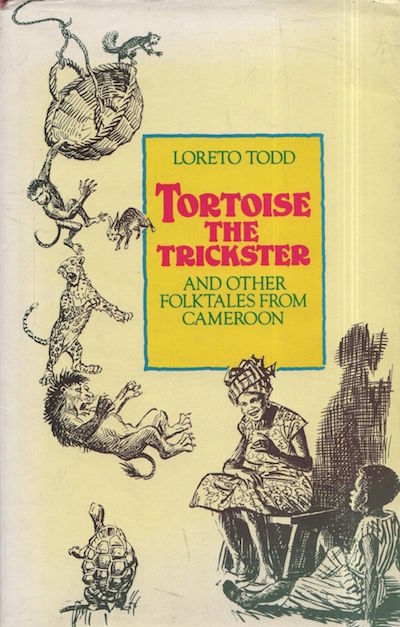