As an extra credit reading experiment this week, I read this PDF booklet online, Stories of Lord Ganesha, and from the 17 stories, I looked for the ones that I thought could be told in just 100 words each, as part of my ongoing 100-word experiment!
Update: I finished retelling all the stories in the booklet, and here are all three of my "tiny Ganesha" posts.


1. Ganesha is Born
To keep watch while she bathed, the goddess Parvati created a boy, Ganesha, from sandalwood-balm. "Stand guard here," she told Ganesha. "Admit no one."
Her husband, Shiva, arrived, demanding to see his wife.
"No," said the boy, obeying his mother's orders. "She's bathing."
Enraged, Shiva cut off the boy's head.
"What have you done?" shrieked Parvati. "That was my son!"
Shiva sent his servants to bring back the head of the first creature they encountered, which was an elephant. So they brought back the elephant's head, which Shiva placed on Ganesha's body.
That is why Ganesha has an elephant's head. 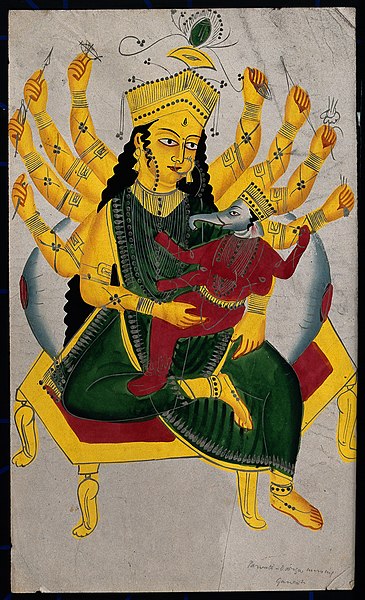 Notes: In the original story, Ganesha supposedly gets his name from the ganas, who are the servants of Shiva, so Ganesha is "Lord of the Ganas." That play on words is hard in English, so I just had Parvati call him Ganesha from the start.

Parvati and Shiva lived on Mount Kailash, high in the Himalayas. Sometimes, though, Parvati visited the earth below, staying with Bhudevi, the Earth-Goddess.
One time when Parvati was visiting Bhudevi, Shiva grew especially lonely, so he sent Ganesha to go bring her back. "Tell your mother I miss her," he said to Ganesha.
The goddesses gladly welcomed Ganesha, and he spent eleven happy days with them. Then he remembered his mission. "Please come home," he said. "Shiva is lonely."
Parvati agreed and returned to Mount Kailash.
Ganesha's visit to earth is remembered with eleven days of celebration during Ganesha Chaturthi.

Notes: You can read about the holiday of Ganesha Chaturthi at Wikipedia. Here is a photo of the celebrations by Thejas Panarkandy at Flickr: 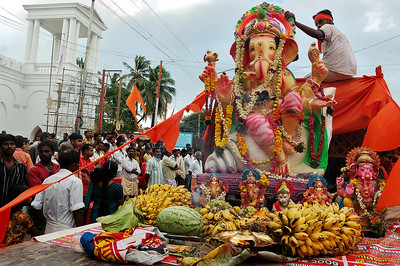 3. The Race around the World

Shiva and Parvati had two sons, Ganesha and Kartikeya. The gods brought a divine fruit for the wisest son. Who would it be? Shiva told the boys to race around the world three times. "Who wins the race gets the fruit!"
Kartikeya was confident; the peacock was his vehicle, and he himself was strong and fast. Ganesha was slow and fat, and his vehicle was a little mouse.
Kartikeya zoomed away at top speed.
Ganesha, however, walked three times around his parents. "You are my world," he said.
Ganesha won the prize, and even Kartikeya had to admire his wisdom. 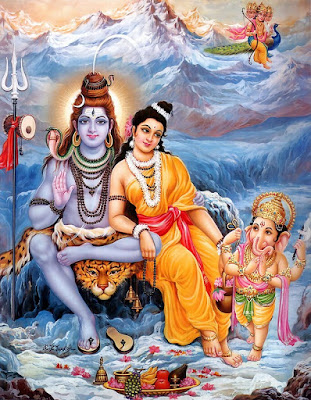 (Parvati, Shiva, and their sons)

Notes: This is how Ganesha won his divine title of vighnaharta, obstacle-remover. There is currently a television show in India called Vighnaharta Ganesh.

There were once three asuras who built three fortress-cities called Tripura: one of iron, one of silver, and one of gold. These asuras would attack the gods and then retreat behind their city walls.
The gods turned to Shiva for help. He agreed to ride forth to fight the demons, but he forgot to offer prayers to Ganesha, the God of Beginnings. In his anger, Ganesha broke the axle of Shiva's chariot, bringing him to a halt.
Shiva realized his mistake and offered prayers to Ganesha, who then repaired the axle, allowing Shiva to ride forth and conquer the demons.

Notes: This story is associated with various temples in India, including the Aksheeswaraswamy Temple of Acharapakkam in Tamil Nadu, India. There is much more to the stoyr of Shiva and the Tripura; you can read more at Wikipedia. You can also read about Shiva's chariot and the Tripura in this comic book: Tripura: The Three Impregnable Cities of Maya. 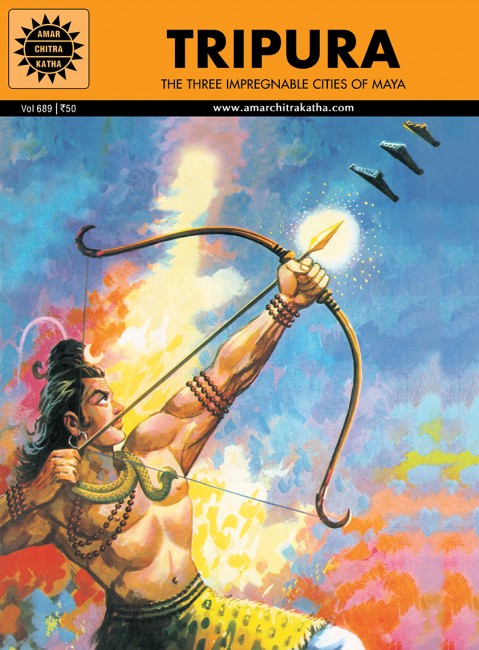 The sage Vyasa needed a scribe for his poem, the Mahabharata.
"Will you write while I recite?" Vyasa asked Ganesha.
"Only if you do not pause," said Ganesha.
"I agree," said Vyasa, "provided you stop writing if you don't understand something."
Vyasa began reciting, and Ganesha began writing. But then Ganesha's pen broke! To keep going, he tore off a tusk to use as a pen.
When Vyasa was tired, he would recite a complex verse that made Ganesha stop and think. That way Vyasa could rest, and then continue.
It took three years to write down the whole Mahabharata. 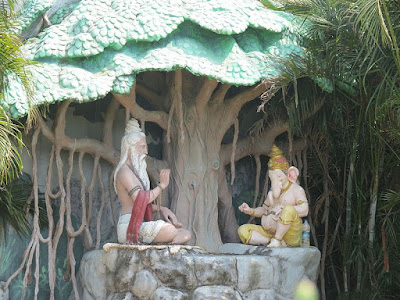 Notes: The Mahabharata is indeed very long! You can find out more at Wikipedia: "At about 1.8 million words in total, the Mahabharata is roughly ten times the length of the Iliad and the Odyssey combined."

6. Ganesha and the River Ponni

India has seven sacred rivers. One is the river Ponni, also called Kaviri. She rises in Karnataka and flows southeast to the Bay of Bengal.
When the sage Agastya traveled from north to south, he encountered this river. "Follow me!" he said, but she refused.
Agastya grew angry at the river and trapped her in a pot.
The gods and people missed the river's waters, so Ganesha disguised himself as a crow and perched on top of the pot. When Agastya waved his arm to chase away the crow, he knocked over the pot and set the river free.

Notes: There are other variations on this story that involve the god Shiva, much as Shiva is part of the story of Ganga's origins. The way that the river refuses to follow Agastya comes from that version of the story; the PDF booklet I am working with here did not say exactly how the river managed to offend Agastya.

... That was really fun, so I will continue with this next week. That is a little over half of the booklet; it has 17 stories total. So far, I was able to turn each story into a little 100-word story: a couple of them were tricky, but I was able to trim them down. I hope I made good choices! :-) 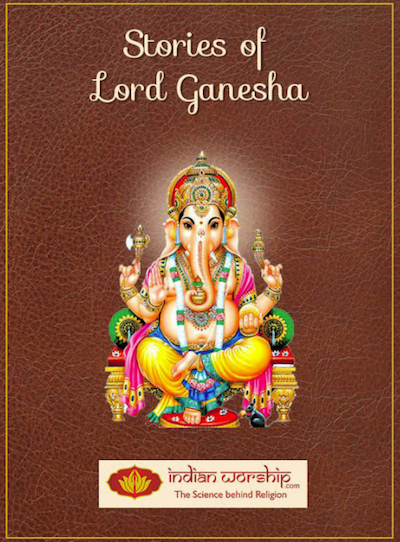