I'm carrying on with reading Devdutt Pattanaik's Ramayana essays and taking notes on them:

Ramayana when it Rains. This is about a 16th-century Malayalam Adhyatma Ramayana by Thunchaththu Ramanujan Ezhuthachan read during the month of Karkidakam during the rains. It's "Ramayana Month." This Ramayana features the Maya Sita! About the author, Ezhuthachan: " in his past life he was a gandharva who witnessed the Mahabharata war." There are more myths and legends at Wikipedia.

Unlimited Choice. Here Devdutt lists various legends not in Valmiki: the Urmila Nidra, the story of Sulochana, the Lakshmana-Rekha, and from the Mahabharata's Ramopakhyana: "Brahma tells a Gandharvi, Dundhubi, to be born as Manthara, “poison the mind of Kaikeyi so that Rama goes to the forest and kills Ravana”." He discusses the Jataka version, and also the version recently found in Kolkata (in the Vanhi Purana), where there is no sense of Rama-as-god. I definitely need to do the Hijra story:

The Hijra community has its own oral Ramayana. They say when Rama returned from Lanka, he found a group of hijras outside Ayodhya waiting for him. When questioned as to why they were living outside the city, they said, ‘While going, you told the men and women of Ayodhya who wanted to follow you to the forest to return home. But you said nothing to us hijras, who are neither men nor women. So we are waiting here for you, for your instructions, and maybe you will take us home with you.’

Ram and the Rooster. In stories from Odia, Rama learns about Sita's aduction from other birds. In Upendra Bhanja’s Baidehisa Bilasa and Ananga Narendra’s Ramlila, a rooster tells Rama about Ravana abducting Sita. Rama wants to give him a golden crown, but the rooster says it's bad enough to be chased for his meat; gold would be worse. He gets a crown of skin instead. In Balarama Das’s Dandi Ramayana, the rooster sarcastically asks for a crown (and Rama, mad at the mountains, strips them of their crown of trees); the rooster realizes immortality is what he really wants, so he runs after Rama, but it's too late; Rama is already gone. Another story has a crane: Sita's tears from from the sky and turned its feathers white: "Ram blesses the male crane that during the four months of the rainy season the female crane will feed it; he will have to do no work. The male crane feels everyone will make fun of him for eating his wife’s leftovers but Ram assures him that just as Sita is equal to Ram so is every wife equal to her husband and so eating her leftovers is nothing to be ashamed of."  In the Assamese Ramayana, a gander says Sita left Rama because she was bored in the forest; Rama gets angry, grabs the gander, which stretches its neck.

Ram and Rain. This is a piece about Tulsidas's Ramayana and the symbolism of the rain during the rainy season in Kishkinda.

How different are the Jain Ramayana and Jain Mahabharata from Hindu narrations? I'll want to come back to this one for the Mahabharata also. There are some points here that are more intriguing than others; here are the ones I want to learn more about:
"Sita was the daughter of Ravana and Mandodari who was found and raised by Janaka"
"Sita has a twin-brother, Bhamandala, who is abducted as an infant, and when he grows up becomes a king who meets, falls in love and tries to abduct Sita, but then turns into a monk when he realises she is his sister"
"Ram goes into forest exile as he feels sorry for Kaikeyi whose son wants to become a monk. With Ram leaving the palace, Bharat is forced to stay back and take care of the city and his mother"
Ravana "had a necklace with nine pearls that reflected his head nine times giving the impression he had ten heads"
"Lakshman kills Ravana as Ram prefers non-violence"
"When Sita steps into the fire to prove her chastity, the fire turns into a lake and she becomes a Jain monk" (wow!)

And in honor of that long-necked gander (NeedPix): 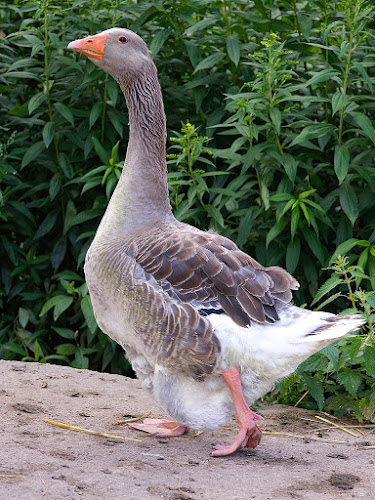 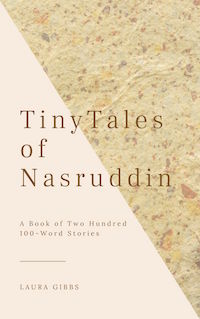