Pygmalion and the Woman of Wax

When you read the story of Pygmalion and the ivory statue, did you notice what Ovid said about the wax? As Pygmalion saw his beloved statue coming to life, the hard ivory became like wax: The ivory yielded to his touch, and lost its hardness, altering under his fingers, as the beeswax of Hymettus softens in the sun... 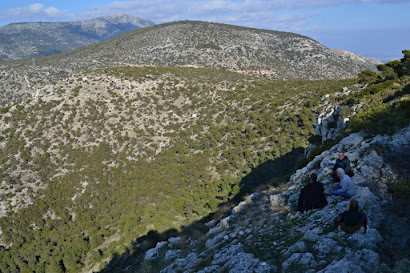 Well, here's what Ovid didn't tell you: wax was the best that Venus could do with that statue. In the name of love, the goddess brought the statue to life, and she softened the statue as much as she could: Pygmalion had a loving wife made of wax. Not flesh and blood. Wax. Sweet-smelling beeswax, soft and pliable. And since the best beeswax in the ancient world came from Mount Hymettus near Athens, that is what Pygmalion called his wife: Hymetta.

Because she was made of wax, Hymetta could not go out in the daytime; the hot sun of Greece would be sure to melt her. She could go out only at night, by the light of the moon.

Pygmalion was actually glad to have his wife stay at home. He had a low opinion of ordinary women, and he preferred for his precious Hymetta not to associate with those other women. Instead, the loving couple would take moonlit strolls through the garden at night, and Pygmalion would tell Hymetta the stories of the constellations in the sky.

Hymetta's favorite story was about Andromeda and how the hero Perseus rescued her from the sea-monster. 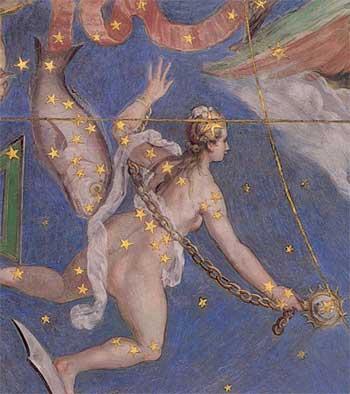 "That's so romantic!" she would sigh, smiling. Pygmalion was her hero, and she was happy with her life, strange though it was.

Eventually, as Ovid tells us, they had a son. When the boy was born, the parents discovered that he, like his mother, was made of wax. Pygmalion was a bit worried, but the baby was so beautiful and had such a gentle disposition that he loved his wax-son as if he were a real child of flesh and blood.

Thus Pygmalion the bachelor found himself with a family of wax: his wax-wife Hymetta, and his little wax-son, whom they named Paphos.

In many ways, raising their little wax-son was much easier than raising a child of flesh and blood. Paphos grew and grew, but he did not need food or drink. Somehow he just grew! He also did not suffer from any illnesses of any kind, nor did he feel any pain. As he ran and jumped and played roughhouse with his mother and father, he never hurt himself, and he never cried. Little Paphos had a happy childhood, as happy as any child could want.

Like his mother, Paphos loved to go on moonlit walks with his father and hear the stories of the constellations. Most of all he loved to hear about the adventures of the great hero Hercules. 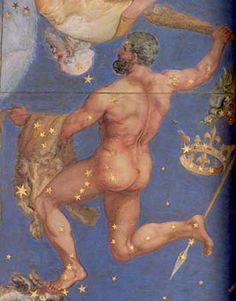 "I want to be a hero like Hercules too!" Paphos would say, and Pygmalion would just smile at him, while Hymetta stroked her son's wax hair.

As time went by, however, Paphos grew restless. His parents tried to make him sleep for most of the day, but sometimes he would awake and hear the sounds of other children playing outside, and he wanted to play with them. He asked hundreds of questions about the daytime world, and the more he learned, the more he wanted to go see the world for himself. Pygmalion took his son out at night, but this was not enough. "I cannot see in the dark!" little Paphos protested. "I want to see how things really look! I want to play with the other children! It's not fair!"

Then it happened. One day Paphos awoke around noon, and he crept outside without his parents noticing. It took only a few minutes for the boy to melt in the sun. He became a puddle of wax, nothing more.

When his parents awoke and could not find him in the house, Hymetta was frantic, and she ran outside to look for him, with no thought for her own safety.

But Hymetta was already out the door, and then she saw the puddle of wax. "PAPHOS!" she shouted. But she was too late: Paphos had melted, and it took only a few seconds for Hymetta to melt in the sun there beside her son. By the time Pygmalion reached her, she was barely recognizable, and her last words were just a whisper: "I ... will ... stay ... with ... our ... child ..."

As Pygmalion knelt beside his family, he prayed to Venus, and with a different prayer this time. "Let me stay with my wife and our child, O Goddess! Make me into wax also!"

The goddess again took pity on Pygmalion, and this time it was Pygmalion who underwent a metamorphosis: his flesh and blood and bones all turned into beeswax that mingled with the wax of his wife and their son.

The goddess then appeared in a vision to the priestess of her temple there and told the priestess what had happened. The priestess came and gathered up the wax, and she shaped that wax into candles that burned in Venus's temple, illuminating the temple with the light of love.

Thus ends the story of the family of wax. 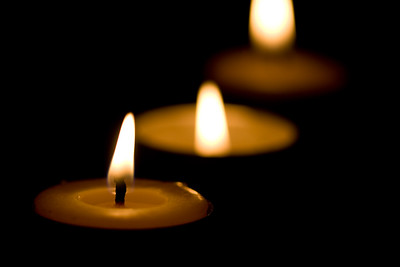 Author's Note. Yeah, I know: it's a downer. But at least Pygmalion turned out to be a good and loving person, right? Devoted husband, devoted father. In Ovid's story, he comes off as seriously creepy, and I wanted to tell something more sympathetic.

I got the idea for the wax family from the beautiful South African folktale about wax-children. Here's a version online: Children of Wax. So, I wrote my story as a sequel to Ovid's Pygmalion story, using the idea of a wax-child as my starting point, and then developing the story from there (wax-mother, and then Pygmalion becoming wax in the end too). In the African folktale, the children are wax (not the parents), and one of the wax-children insists on going out into the daylight. He melts, and the surviving children use his wax to make a magical bird, as you can see here in the illustration: 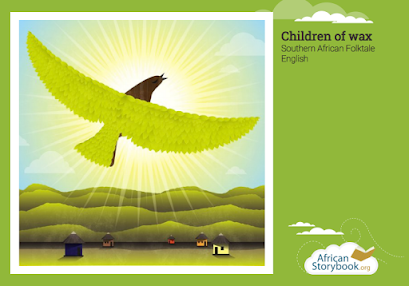