So, it's actually been a MONTH (eeeeeek...) since I did the first Famous Last Words... was that really on August 9? What on earth happened to August...? Well, true confession: whatever it was, I'm exhausted, ha ha. The first few weeks of school are always a huge challenge, and going to Austin for my dad's birthday (that was August 26) pretty much trashed my schedule, plus I got a really bad cold on the way home (airplane air, ugh, it's just nasty), and things got even more confusing with the Labor Day Holiday (although it was nice to have a breather). So, I am really looking forward to a nice normal M-T-W-Th-F week this coming week. I still have too much to do, but at least I have five days in which to do / not-do all those things.

For this class, I'm on track, but I'm not really ahead like I wanted to be. I wrote two Brer Rabbit stories so far, and I am super-happy about that. I think they both turned out really well. The first one was based on the Anthology story about the brahmin, jackal, and tiger, which turned into Brer Wolf under the Rock featuring Brer Rabbit as the hapless brahmin, and Brer Turtle coming to his rescue. The second one was based on the Aesop's fable about the race between the tortoise and the hare, which turned into the race between Brer Rabbit and Brer Turtle where Brer Turtle wins, not by being slow and steady, but by being extra-sneaky. He cheated, yes, but the way he cheated was to take advantage of Brer Rabbit's prejudice: "all turtles look alike" ... and I am sure that, to boastful Brer Rabbit, they do.

So, it looks like the score so far is Turtle 2, Rabbit 0... but Brer Rabbit will come into his own when I get to the Storybook. I decided to do that based on the stories with Mammy-Bammy Big-Money, and I really had fun doing the research for that. I ordered an old Disney comic book which apparently has at least one Mammy-Bammy story in there, so I am curious to see how they depict her; I didn't expect that Disney would want to include Mammy-Bammy, so that was an unexpected discovery as a result of web searching.

I also read a fabulous book on my way back home from Austin (yay for reading in airports and on planes!): American Trickster: Trauma, Tradition and Brer Rabbit by Emily Zobel Marshall. I had a Twitter convo with her as I was reading the book too, so that was really cool, feeling connected via Twitter. One of the best things I learned from that book was how indebted Beatrix Potter was to Joel Chandler Harris: Peter Rabbit is yet another reflection of the African trickster rabbits, via Harris's Brer Rabbit! Potter's books are at Project Gutenberg; I need to add them to the Freebookapalooza. In my copious spare time ha ha. 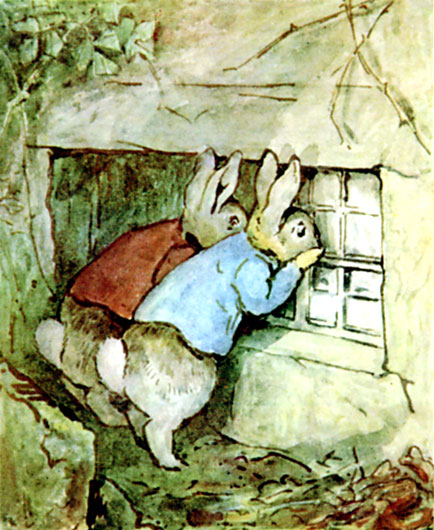